From Despair to Where

A press release about a thrilling new read follows. 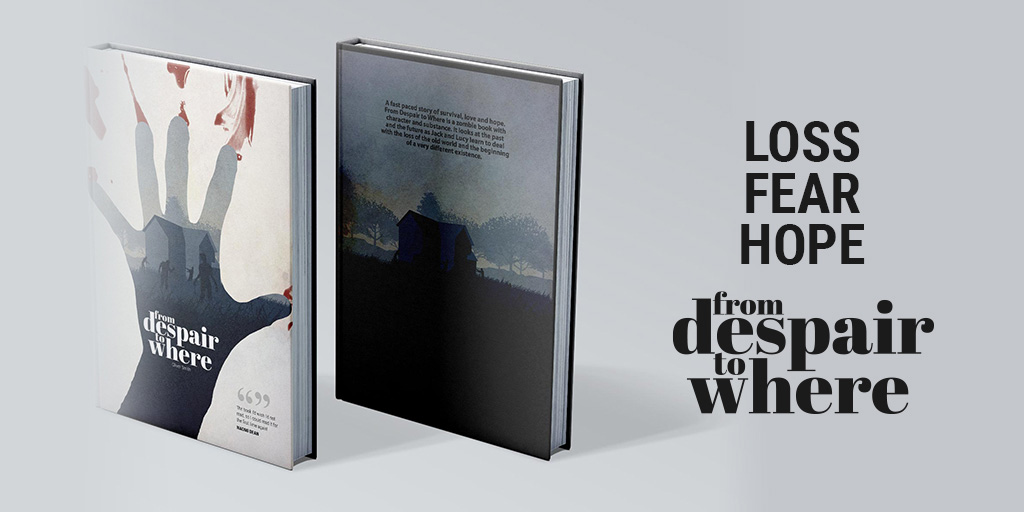 A fast-paced dystopian thriller. Jack & Lucy must find a way to let go of the past and adapt to a new order.

From Despair to Where, a dystopian thriller set in a zombie infested wilderness, was recently released by debut novelist Oliver Smith.

Available in paperback and as an ebook from Amazon, where you can even read for free with Kindle Unlimited, the book isn’t your typical gory zombie novel. It critiques society and develops characters with care and attention to keep the reader engrossed in the safety of protagonists they care about.

With Manchester history, modern culture, and a story that introduces the more chilling elements of the 21 st century society, the book is much more about the living than the dead.

Oliver commented, “I’ve always loved post-apocalyptic and dystopian fiction and how they explore the reactions and experiences of survivors. Unfortunately, the book has taken a more realistic turn with recent events, but I hope people can get a bit of escapism by reading it.”

From Despair to Where’s main protagonists are Jack, who is lost in the everyday rat race; and Lucy, who recently moved to Manchester after the loss of her soul mate. Their lives intertwine and they must find a place to call home in order to survive. As they search the meaning of their new life, and the old one left behind, the stark reality of survival is laid bare as they fight the dead and psychopathic survivors, intent on inflicting harm.

Oliver concluded, “I like to think that From Despair to Where is more about hope than anything, which is particularly poignant at the moment. With coronavirus, we as a species are facing the biggest challenge in my living memory, I hope that when normality returns, we will be kinder to each other and the planet, and learn from our mistakes.”

Oliver also runs a blog called Dystopian Novels which features short stories, other great books from indie authors, and other news about books on the dystopian and sci-fi spectrums.