Watch for a TV season heavy in science fiction, fantasy, and horror. Details about some of the networks’ plans for 2008/2009 follow.

SciFi Channel, as usual, won’t wait until the fall for new scripted programming. While the current Friday night line-up will continue for a while, viewers can also look forward to a third season of the quirky hit Eureka on July 29.

For fans of gay-themed shows or movies, Logo will offer Sordid Lives: The Series, starting July 23. The movie Sordid Lives continues to grow as a cult classic. Here in West Texas, many viewers cringe while they laugh, because some of the characters in that comedy remind us of people we know!

And for fans of TV shows that became movies:

The cover of Stargate Continuum, the second direct-to-DVD feature. 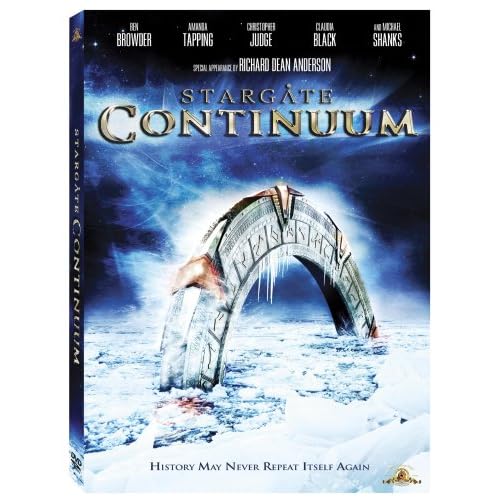