Look for Taldra and more of my books on #BookTok!

Taldra: Two Science Fiction Adventures at Barnes & Noble. 8/23-10/01/21: half off the Barnes & Noble Nook edition eBook of Taldra at bn.com with coupon code BNPTALDRA50. It won’t work on the Smashwords edition, but you can go to the Smashwords site to save on that edition.

The Taldra novels focus on gay relationships, people of color, and powerful women.

In an alternate reality, Earth is Valchondria. The one-world government consists of Leader, the Supreme Science Council, and a police force called “the Maintainers.”

Degranon: A Science Fiction Adventure introduces the Iroquois scientist Taldra. One of her twin gay sons becomes trapped on the other side of a time portal while the other loses himself to the religious cult Degranon. Can they find their way back to each other before the Degrans destroy Valchondria?

In Sons of Taldra: A Science Fiction Adventure, alien shapeshifters and the secrets of the Maintainers threaten humanity. Taldra’s twin sons and their boyfriends rally to her side, along with a lesbian Maintainer. First published in 2016 as an eBook, Sons of Taldra now appears in this collection with a revised edition of Degranon. 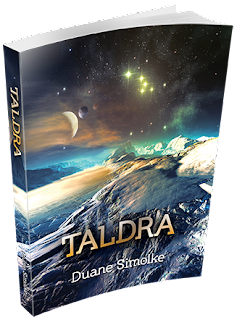