The Return of Innocence: A Fantasy Adventure Preface

During my teen years, I wrote several science fiction and fantasy stories. Most of those got lost during moves, but one of them grew into the novel Degranon: A Science Fiction Adventure, which led to the sequel Sons of Taldra. I occasionally tried to develop a novel from my 1983 fantasy story “The Return of Innocence.”

The novel, however, remained unfinished for years, still a sketchy jumble of drafts and notes with potential. I eventually considered cowriting it with a fantasy author. When I mentioned the idea to my friend Toni Davis, she decided to read through some of the chapters and quickly fell in love with my fantasy world of Theln. Toni mostly wrote poetry and fan fiction back then, but wanted to explore new characters.

Toni brought fresh perspectives to a long-neglected project by interjecting ideas, fleshing out characters, and exposing flaws. Unfortunately, work and her own projects took her away from Theln. Eventually, I combined our ideas to write a complete draft. Though the finished book only includes a little of her writing, it also contains her inspiration, and I appreciate her efforts in making sure I could finish Sasha Varov’s story. I revised the novel in 2017. 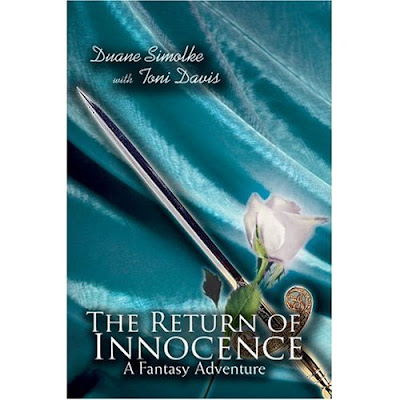